Where did CREST come from? 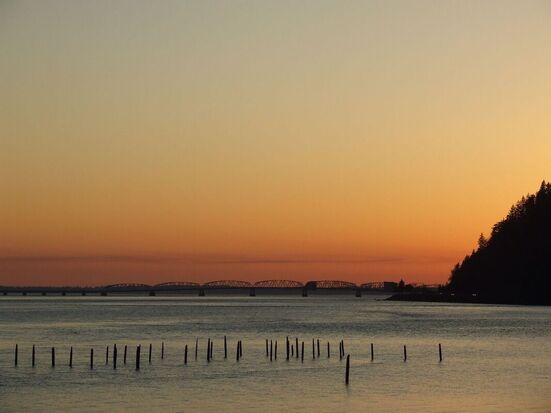 Columbia River at Sunset
In response to growing conflicts over use and development of estuarine areas and dwindling natural resources, CREST- whose original acronym was defined as "Columbia River Estuary Study Taskforce"- was established in 1974 to gather scientific background material and develop an estuary-wide management plan. CREST was initiated as a non-regulatory Council of Governments by local governments in both Oregon and Washington.
This resulted in the Columbia River Estuary Inventory of Physical, Biological, and Cultural Characteristics (1977) and the Columbia River Estuary Regional Management Plan (1979). The management plan was later adopted into local comprehensive plans and shoreline master programs. Based on data needs identified during the development of the Inventory, Congress authorized and funded the Columbia River Estuary Data Development Program (CREDDP), which provided a wealth of information that is still used by government and academic entities in resource planning.
After the completion of CREDDP in the mid-1980’s, CREST began to provide its member jurisdictions with planning services related to: regulatory permitting, zoning ordinances, comprehensive plan and shoreline master plan amendments, estuary impact analyses, and issues related to dredging, wetlands and water quality. In the late 1990s, CREST also began to provide technical and administrative assistance to the watershed councils of Clatsop County. This, along with growing regional awareness of the ecological importance of the estuary to salmon runs, has led CREST to an emphasis on habitat restoration. Finally, to demonstrate the effectiveness of CREST-sponsored habitat restoration projects, biologists were hired to perform seasonal research and monitoring.